I recently hosted Ray Dalio, Founder of Bridgewater Associates, one of the largest hedge funds in the world with $160 Billion under management. Ray joined us to talk about his bestselling book Principles: Life And Work.
–
About the book: “In Principles, Dalio shares what he’s learned over the course of his remarkable career. He argues that life, management, economics, and investing can all be systemized into rules and understood like machines. The book’s hundreds of practical lessons, which are built around his cornerstones of “radical truth” and “radical transparency,” include Dalio laying out the most effective ways for individuals and organizations to make decisions, approach challenges, and build strong teams. He also describes the innovative tools the firm uses to bring an idea meritocracy to life, such as creating “baseball cards” for all employees that distill their strengths and weaknesses, and employing computerized decision-making systems to make believability-weighted decisions. While the book brims with novel ideas for organizations and institutions, Principles also offers a clear, straightforward approach to decision-making that Dalio believes anyone can apply, no matter what they’re seeking to achieve.”

The talk covers the following topics:

Notes from the talk:

Silicon Valley Investors Club (SVIC) is a community of tech employees who are interested in making smarter financial and career decisions. Our private group page provides SVIC members with a moderated space to engage in rich discussions about investment topics such as real estate, stocks, angel investing, private equity, financial planning, career success, and more, as well as to participate in exclusive Q&A sessions with special guest experts. 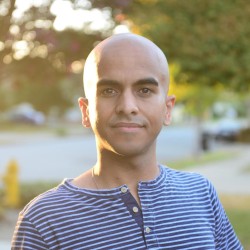 Jordan
Jordan Thibodeau is a fourth-generation real estate investor and the founder of the Silicon Valley Investors Club. Jordan works on the Mergers and Acquisitions team at a major Fortune 500 tech company. Jordan made SVIC to be a group where both current and former technology employees take part in rich discussions and share investment advice that is uniquely tailored to tech employees’ needs.

Want to join the discussion?
Feel free to contribute!

This site uses Akismet to reduce spam. Learn how your comment data is processed.

WHAT PEOPLE ARE SAYING

Part II of SVIC’s Four Part Guide to Search Funds | What is a Searchfund?

"A Searchfund is a subset of this LBO model. It is a variant of Private Equity (PE) based around a single person buying a single business to be its CEO. Imagine that instead of a big fund building a portfolio, an individual who feels entrepreneurial but has no ideas for a new business follows the PE model. The individual has a few options:
1) She can grind in a family-owned business and maybe help run it, but probably not be given true ‘ownership’
2) She can work in a big business until promoted, hopefully leading a division if not the entire business, itself
3) Or, she can buy a business"

Does anyone have experience investing in parking lots? If so, do you mind sharing your experience in how you found the property and decided to invest? ... See MoreSee Less

Do you mean like those empty lots in downtown areas with a shack, a chain smoker, and a cash-only sign?

Kevin Khaw, Brian Lam, and Jason Scott: By any chance do you guys know anyone who has invested in parking lots?

Amanda Han hey pal! By any chance do you know anyone who has invested in parking lots?

Interview with NPR reporter and author Celeste Headlee – We Need To T...